Football: Canby exercises option to move to 5A in 2020
Tweet
The Cougars, with 11 wins in the past six seasons, have struggled in the rugged 6A Three Rivers League
December 4, 2019 by Jerry Ulmer, OSAAtoday 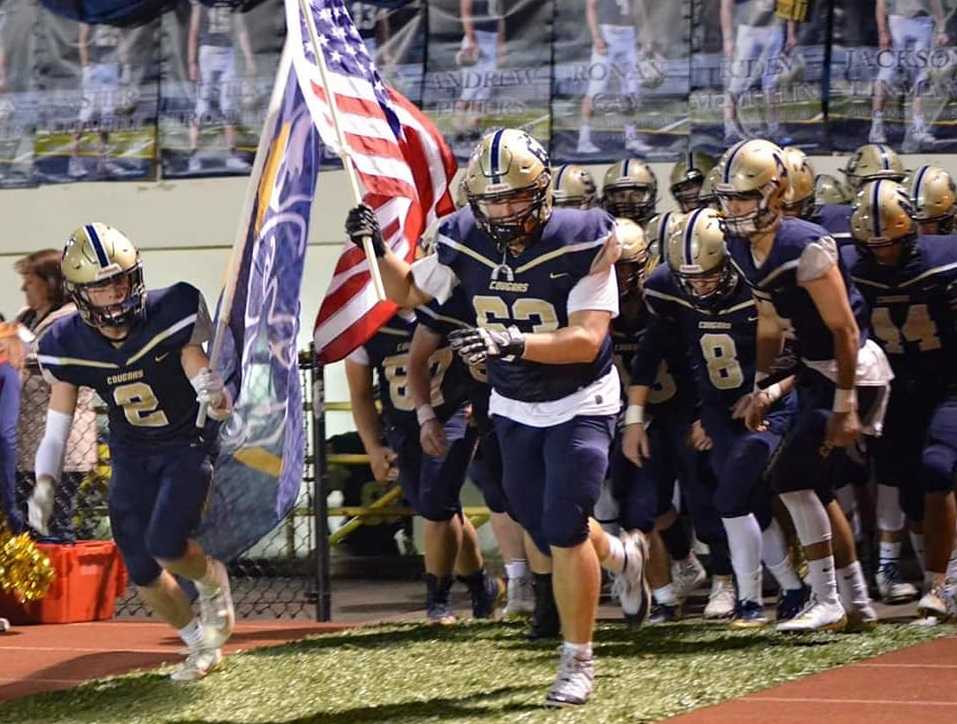 Canby football coach Jimmy Joyce said it was “initially a bit shocking” when the school received word from the OSAA last month that the team met criteria to drop from 6A to 5A for the next two seasons.

“It wasn’t really anything we were seeking out,” said Joyce, who led the team to a 2-7 record in his first season as coach.

But after carefully reviewing the opportunity – getting feedback from coaches, players, administrators and community members – the move to 5A started to make a lot of sense. So Canby has notified that OSAA that it will exercise that option, leaving the 6A Three Rivers League to play in 5A.

“The data kind of spoke for itself, when it came down to it,” Joyce said. “This is a way for us to better match teams that look more like us, in terms of numbers in school and in the football program.”

Canby has a rich football tradition. Between 2002 and 2013, the Cougars made the big-school semifinals five times, although they never reached the state final.

Since that last semifinal appearance, however, the Cougars have won only 11 games in six seasons, including an 0-9 record in 2018, their first winless year since 1975. It hasn’t helped that they have been playing in the Three Rivers, regarded as the best 6A league in the state.

According to Joyce, Canby’s adjusted enrollment numbers have dropped in each of the last 10 years. The school’s enrollment now sits at 1,259, just below the 5A cutoff of 1,260.

“That’s where the data kind of started speaking to us,” Joyce said. “It wasn’t about wins and losses. It was looking at participation numbers. I’m trying to build a program here, and numbers are huge.”

If the trend continues, the future of all Canby athletic programs could be in 5A.

“This is not a decision just based on the performance of the football team,” Joyce said. “We’re basically, for all intents and purposes, a 5A school.”

Nothing is official, but it appears likely that the Cougars will join the 5A Northwest Oregon Conference next season. They would seem to have a natural rival in perennial state power Wilsonville, which is eight miles away across the Willamette River.

“Honestly, that was one of the things that kind of excites me is being with Wilsonville,” Joyce said. “They’re a school that kind of matches up numbers-wise.”

Joyce said he would like to keep playing nearby Oregon City in nonleague games, but Canby did not have a strong connection with other schools in the Three Rivers, which has natural rivalries in Oregon City-West Linn, Lake Oswego-Lakeridge and Tigard-Tualatin.

“Being new to the Three Rivers League, it was kind of odd to me that we didn’t really have a rival,” said Joyce, who took over at Canby after assisting at Beaverton. “To actually have a natural rival right across the river is going to be fun.”

The Cougars finished the season with wins over Oregon City and Roseburg, ending a 22-game losing streak. With that momentum, and the move to 5A, they will have much higher expectations in 2020.

“I really think in Canby we’re on the cusp of something pretty special,” Joyce said. “The fact that we’re going down to 5A doesn’t change that for me.

"The kids have taken ownership of this program again. We’re rebuilding something here, and this is just going to help us build it even stronger. Now winning is no longer a goal, it’s an expectation. And we have to play like that.”