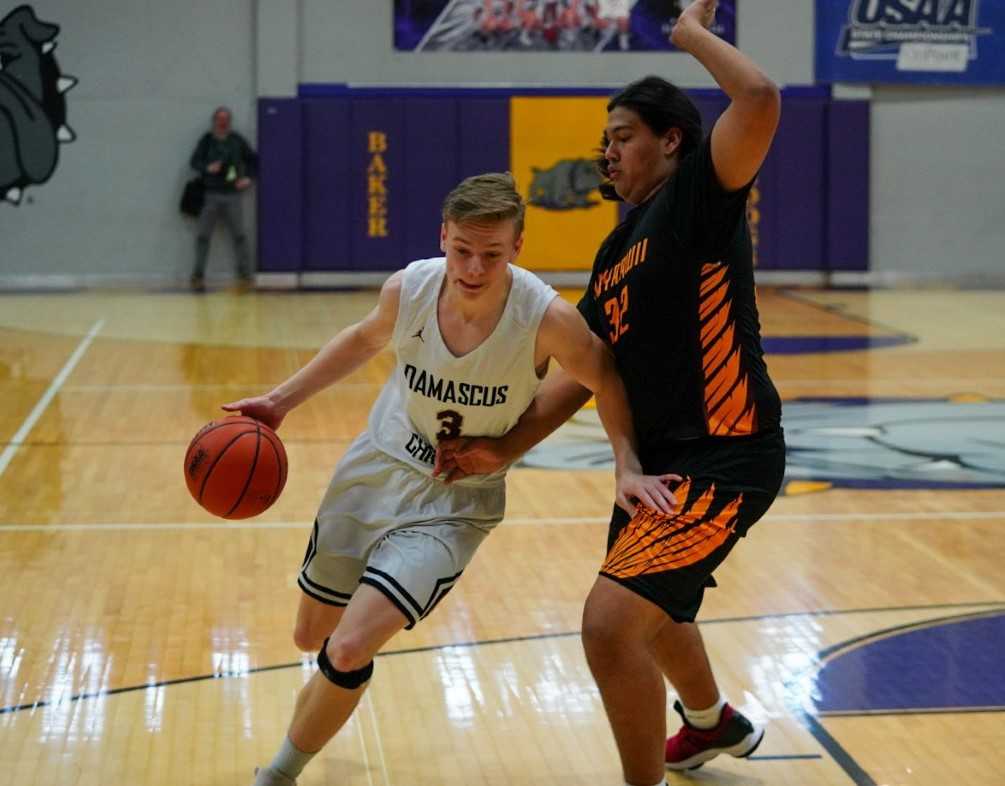 Zakharyuk made 12 of 21 shots, including 5 of 9 from three-point range, to help the Eagles (26-1) advance to Saturday's final. They will go for their first title since 2006 when they play No. 2 Triad.

Nixyaawii cut the lead to 48-40 early on a layup by senior Mick Schimmel early in the fourth quarter, but could get no closer than seven points the rest of the way.

Schimmel led the Golden Eagles with 24 points and 10 rebounds. Junior guard Tyasin Burns had 12 points and four rebounds for Nixyaawii, which shot 34.4 percent (21 of 61).

No. 2 Triad 60, No. 3 Crosshill Christian 33: The Timberwolves outscored the Eagles 43-16 in the second half to move into position to win their first championship.

Senior forward Michael Irvine had 21 points and six rebounds and senior guard Zane Napoli-Sorg made three three-pointers and added 17 points and 10 rebounds for Triad (26-4), which had a 39-27 edge in rebounds.

The game was tied at 17-17 at half before the Timberwolves took control.