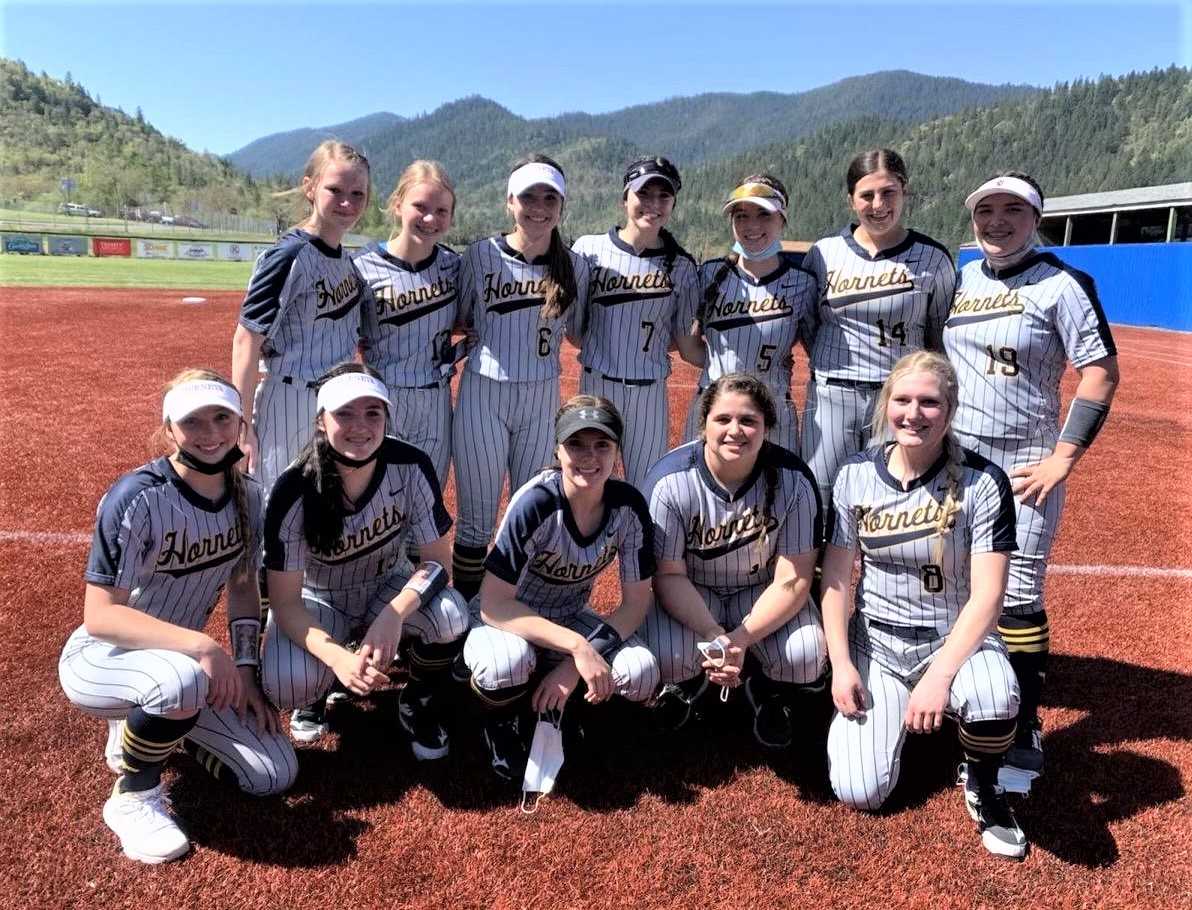 If Henley's longtime dominance in 4A Skyline Conference softball was ever going to slip, perhaps this season was the time.

The Hornets have few holdovers from 2019, when they played in their third consecutive 4A final. The cancellation of the 2020 season interrupted the program's momentum. And Bobby Mick stepped down as coach after going 153-29 in six seasons.

But not only have the Hornets not skipped a beat, they are as dominant as ever. They have outscored their opponents 206-3 in a 12-0 start. They are 11-0 in the Skyline, extending their conference winning streak to 72.

First-year head coach Brian Stock, an assistant in the program the last five seasons, said much of the credit goes to the winning culture fostered by Mick, who still helps out as an assistant as he balances time watching his daughter, Kaila, play at Oregon Tech.

“What he's instilled in this program, that probably speaks more than anything, as far as how we're doing now,” Stock said. “Even though those girls weren't actually playing in games, they were in the program, getting coached by him. I'm sure that has carried over, even minus a season.”

Henley returned only three starters from 2019 final – when it lost to La Grande with the title on the line for the second year in a row – in seniors Madison Perez, Carli Moore and Kyli Melsness. The Hornets have a handful of others that contributed two years ago, but in limited roles.

“You're got juniors and seniors that maybe have never even had a real varsity experience,” Stock said.

Moore, who played outfield in 2019 behind standout pitcher Lilly Poe, has excelled as the team's ace. In 34 innings, Moore has allowed 21 hits, struck out 61, walked five and has an ERA of 0.50.

“We knew she was good,” Stock said. “To finally get a chance to give her the ball every game, it definitely makes it feel like you've got a chance very time you step out there.”

Henley is averaging 17.2 runs despite all but one game ending early due to the 10-run rule. The Hornets are hitting .558 with 35 doubles, seven triples and 13 home runs.

Henley's most competitive game was a 5-2 home win over 5A Crater on April 27. Hudson broke a 2-2 tie with a three-run homer in the bottom of the sixth.

“We could have dropped that game, but our girls made enough plays when it mattered,” Stock said. “We were using that game as kind of a learning process.”

Henley will end the regular season next week with a three-game showdown series against crosstown rival Mazama (10-0, 10-0). The Vikings also have been dominant in the Skyline this season, outscoring foes 161-29.

“We know Mazama is there,” Stock said. “I think they're very similar to Crater. You're going to have to beat them. They're not going to give you anything. But we've got to take care of business this week.”

The Hornets, who won the 4A title in 2017, hope to go out on a high note in the 4A Showcase tournament during the culminating week. They can secure a berth by winning the Skyline.

“Not that the girls needed a reason to play, but I think that really helped, the idea of playing for something more than just getting four random games,” Stock said. “Obviously, we want to take care of business in our league first.”

A talented young pitching staff has Bend (7-1) in position to contend in the 6A Mountain Valley Conference for years to come.

Sophomores Allison Parker and Gracie Goewey and freshman Addisen Fisher have a combined ERA of 0.30 for the Lava Bears, who have allowed a 6A-low six runs this season. In 46 combined innings, they have allowed 15 hits, struck out 97 and walked six.

Each one has tossed a no-hitter and one-hitter. Parker pitched a five-inning perfect game against Hood River Valley, fanning 14 of 15 batters. Goewey threw a five-inning no-hitter against Mountain View, striking out 13. Fisher no-hit Pendleton and struck out 17.

Fisher picked up a big win last week when recorded 13 strikeouts to beat reigning 5A champion Ridgeview 2-1. In 19 innings, she has 40 strikeouts and no walks.

Parker, Goewey and Fisher also are hitting near .600 with a combined 23 extra-base hits. Goewey had two home runs in a win over Pendleton.

Bend has no seniors in its starting lineup.

Sophomore Violet Richardson is getting it done in the circle and at the plate for 3A South Umpqua (6-1).

Richardson pitched a perfect game, striking out eight, to beat Brookings-Harbor 8-0 in the first game of a doubleheader May 1. She also went 2 for 3 with a double and scored two runs.

For the season, Richardson leads the team with four home runs and 14 RBIs.

Sophomore Heather Ebner has been on a tear lately for unbeaten McNary (11-0).

Entering Wednesday, Ebner had 13 hits in her last 18 at-bats. During the stretch, she had two doubles, four home runs, 13 RBIs and has scored six runs.