Girls soccer coaches polls: Preseason
Tweet
A look at the top teams in each classification
August 25, 2021 by Staff Writer, OSAAtoday 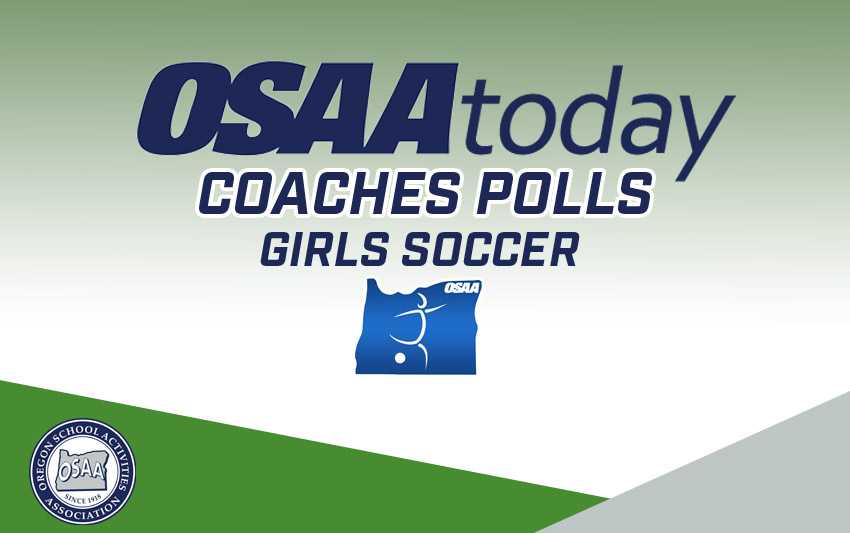 OSAAtoday presents its 2021 pre-season statewide girls soccer coaches polls in all classifications. Thanks to all the coaches who took the time and had the expertise to contribute their opinions to this endeavor.

Look for the girls soccer coaches polls every other Tuesday during the fall season.

Please note that we need more participation going forward. If you are a high school varsity girls soccer head coach who did not vote but would like to, please email John Tawa at johnt@osaa.org.

Also note: these polls are for generating interest and discussion only and have no impact on the OSAA’s RPI and Colley ratings that form the basis of the OSAA’s rankings for playoff purposes.

Barlow has made it to the state quarterfinals three times in the past four years. The Bruins graduated six, including Gatorade POY Abi Hoffman, but return a solid back line, led by Erin Marynik, Josie DeLine and Bernice Cruz. Midfielder Sammie Spring, dynamic scorers Abbie Nelson and Naomi Whipps and top keeper Cameron Waibel also return.

All-Conference performers Mia Tewes and Kayleigh Gugliotta are among 13 returning contributors for the Comets, who went 7-3-2 in the spring. The team graduated two key starters, but have a talented freshman class eager to seize their opportunities.

Marist Catholic has finished as state runner up six times, but has never won a title. That could change this fall, as the top-ranked Spartans return six All-League players, including senior defender Anna Watts, sophomore midfielder Clotine Chase and senior forward Madison Fuller. Head coach Stefan Schroffner, in his third year, thinks that this Marist Catholic, which is strong in the midfield and on defense, may be his best yet.