Boys soccer: No. 2 Philomath takes down No. 1 Stayton 1-0
Tweet
The Warriors get a goal from Mark Grimmer in the 59th minute to end the 20-game winning streak of the 4A powerhouse Eagles
September 30, 2021 by Jeremy McDonald, jmcdonaldmedia 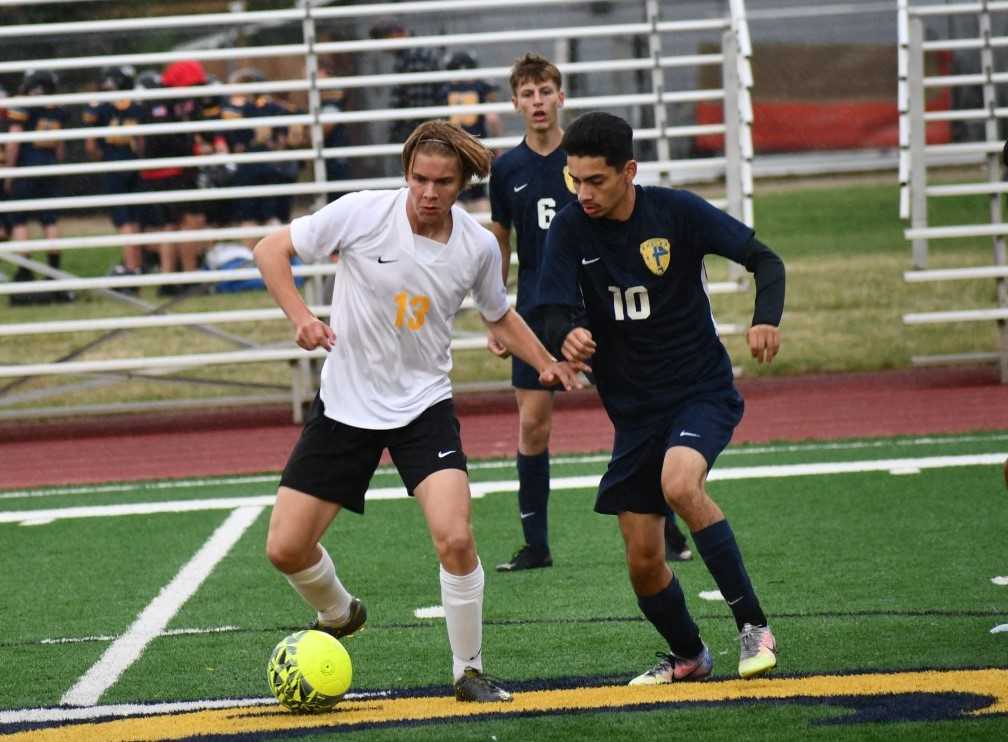 STAYTON – Senior midfielder Mark Grimmer scored in the 59th minute to lift No. 2 Philomath to a 1-0 road win over No. 1 Stayton in a 4A Oregon West Conference clash Thursday night.

It was a breakthrough win for Philomath, which had gone 0-15-1 against the Eagles since beating them in the 2013 state quarterfinals.

“It was definitely crucial. We really wanted to see how we would fare against Stayton,” Grimmer said. “They’ve always been really good and we’ve always set our sights on them as the top contender. We won’t take it for granted beating this team. We’re still going into every game like it’s Stayton every time.”

After a scoreless first half, Stayton generated momentum in the second half as it worked the ball up the outside edge.

“We try to put it outside to get a cross, but when I think we do that sometimes there's not people inside the box to chip it in,” Eagles sophomore forward Ishmel Esparza said.

Philomath junior goalkeeper Teddy Benbow was able to turn back the Eagles, making several saves. After Grimmer's goal, Benbow and the Warriors – who have yielded only two goals this season – hung on tight to secure the win.

“We saw the goal. We knew we could win it and so we just had to keep it going,” Benbow said. “We couldn’t let down for a second. They’re our toughest opponent all year, and to win here, it’s something to our seniors, to our coach. It’s great.”

The game had the feel of a state playoff matchup.

“This is definitely the toughest game we’ve played this season,” Esparza said. “I feel like we could’ve done better and won this game. Just communicate better, move the ball faster and work harder. Come out and give it that.”