4A football coaches poll: Oct. 12
Tweet
A look at the top teams in the state
October 12, 2021 by Staff Writer, OSAAtoday 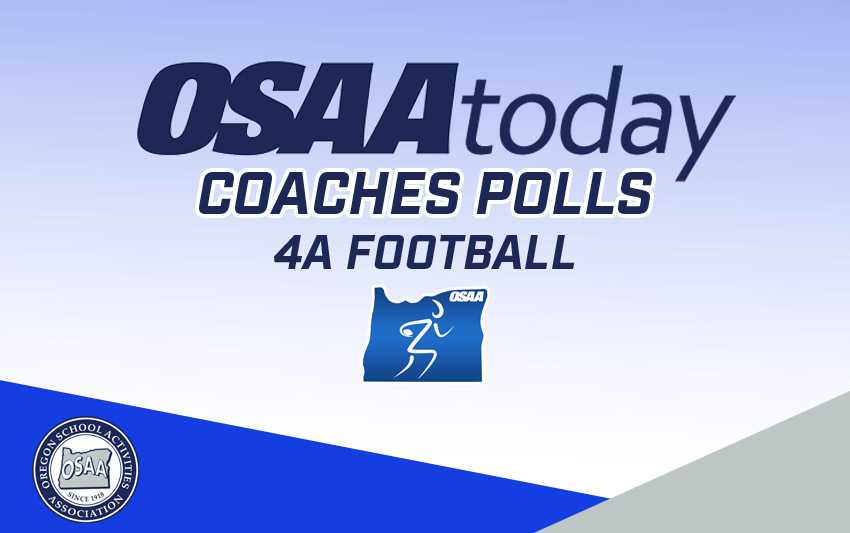 OSAAtoday presents its 2021 statewide 4A football poll following the conclusion of Week 6. Thanks to all the coaches who took the time and had the expertise to contribute their opinions to this endeavor.

Look for the 4A football poll every Tuesday during the fall season.

If there are any varsity football head coaches who would like to vote in 4A coaches polls going forward but did not receive notice to vote in this one, please email johnt@osaa.org.

Others receiving significant votes: None

Week 6 highlights: La Grande ran away from Nyssa 55-16 as Brody MacMillan rushed for 161 yards and three touchdowns and Braden Carson caught two scoring passes from Logan Williams. … Mazama's defense dominated North Valley in a 49-0 romp, holding the Knights to one total yard and collecting three interceptions and nine tackles for loss. Aidan Kindt scored on a punt return for the Vikings. … Cooper Gobel completed 11 of 13 passes for 264 yards and five touchdowns in Banks' 56-22 win over Amity. … Marshfield, ranked No. 1 in the OSAAtoday 4A coaches poll, rolled to a 43-16 win over Rainier, No. 1 in 3A. Dom Montiel completed 9 of 10 passes for 168 yards and five touchdowns for the Pirates. … Jacob Hage, Blake Lewis and Lance van Hoose each ran for more than 100 yards as Cascade defeated Marist Catholic 38-33. Lucas Tuski had three touchdown runs for the Spartans. … Estacada downed Madras 42-14 behind Jake Behrman, who ran for three touchdowns. … Seaside got a 37-yard field goal from Kaleb Bartel in the fourth quarter to overtake Milwaukie 16-14. … Hidden Valley's Daniel Iwazimu ran for four touchdowns to lead his team past Klamath Union 38-0.