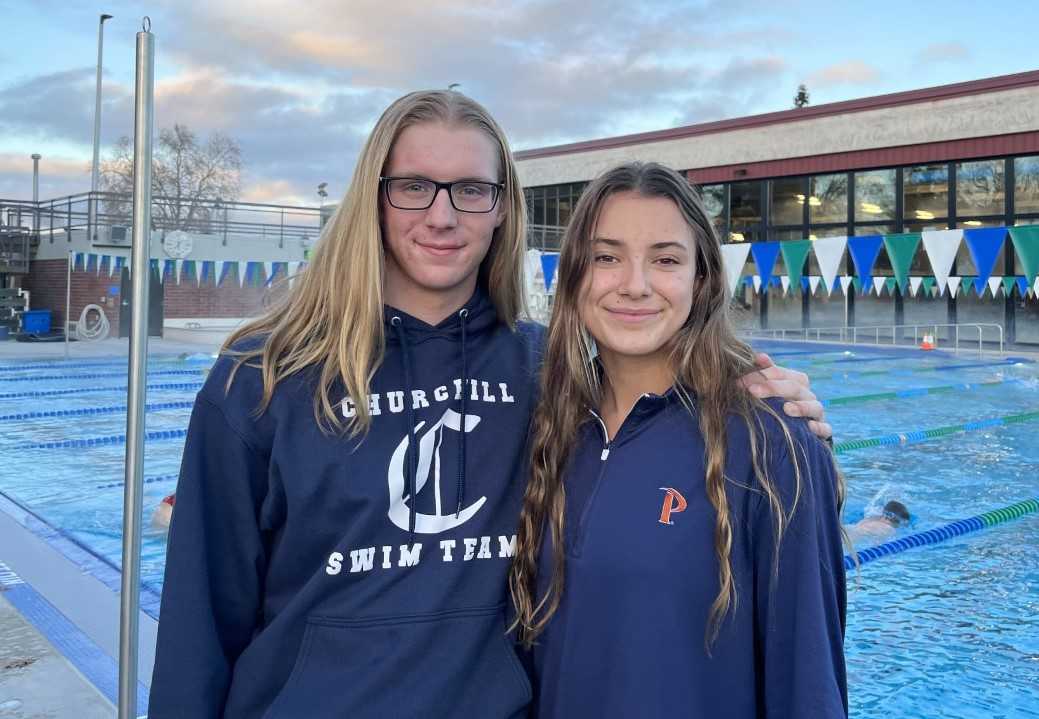 It's been an historic run for Churchill swimming in recent seasons.

A crop of outstanding swimmers has racked up individual 5A titles and rewritten the school record book. In 2020, the boys team won the 5A meet – the Lancers' first-ever team state championship – and the girls team finished second to Crescent Valley.

This season promises more of the same. Seniors Charley Page-Jones and Kylie Taylor, who have signed with UNLV and Pepperdine, respectively, lead a talented crew that will be pushing school and state marks.

“I'm hoping they can take down a few more records,” Churchill coach Megan Murphy said. “It's been a big four or five years just for really improving those records.”

The season also represents a golden opportunity for the girls team, which appears primed to go after its first state title behind Taylor and juniors Kelsey Wasikowski and Lauren Larsen.

“They would really like to have the first girls title,” Murphy said. “They're excited about it. The girls are motivated, but it's not a given. It's still something that has to be worked for.”

Page-Jones has four individual state titles, winning the 50-yard freestyle and the 100 butterfly as a freshman and sophomore. He finished off a shortened junior season by finishing first in the 50 freestyle and 100 freestyle in the Lane County culminating week meet.

Page-Jones will follow in the footsteps of McEuen, now a senior on the team at UNLV.

“If he takes those records down, when he gets to UNLV, it's not going to be a bragging thing,” Murphy said. “To be able to take down somebody's records who's that fast, and then be able to train with them, I think Charley sees that as an opportunity.”

“I think that's within her reach if she wants it,” Murphy said. “She knows what the record is and I think she's training to be able to get it.”

Wasikowski won the 5A title in the 50 freestyle as a freshman and showed her versatility in the Lane County meet last season when she won the 200 freestyle and 500 freestyle, cruising to a 14-second victory in the latter. She also is very strong in the 200 individual medley.

Wasikowski and Taylor swam legs on three school-record relay teams in 2020. The relays could be bolstered this year with the addition of Larsen, who set the school record in the 200 individual medley (2:12.07) in the Lane County meet.

“All three of them are versatile,” Murphy said.

Churchill's boys team has lost much of its firepower from its 5A title team (Page-Jones is only state scorer remaining), but the girls believe they have what it takes to claim their own swimming banner.

“They're excited, especially because it would be the first time in Churchill history,” Murphy said. “And Kylie graduates this year, so for them to be able to do that together, before she heads off to college, would be a really great opportunity.”