Girls swimming: Westview's Lustria looks to go out with splash
Tweet
UCLA-bound Fay Marie Lustria, the 6A butterfly champion for Jesuit in 2020, hopes to finish her career strong with the Wildcats
February 7, 2022 by Jerry Ulmer, OSAAtoday 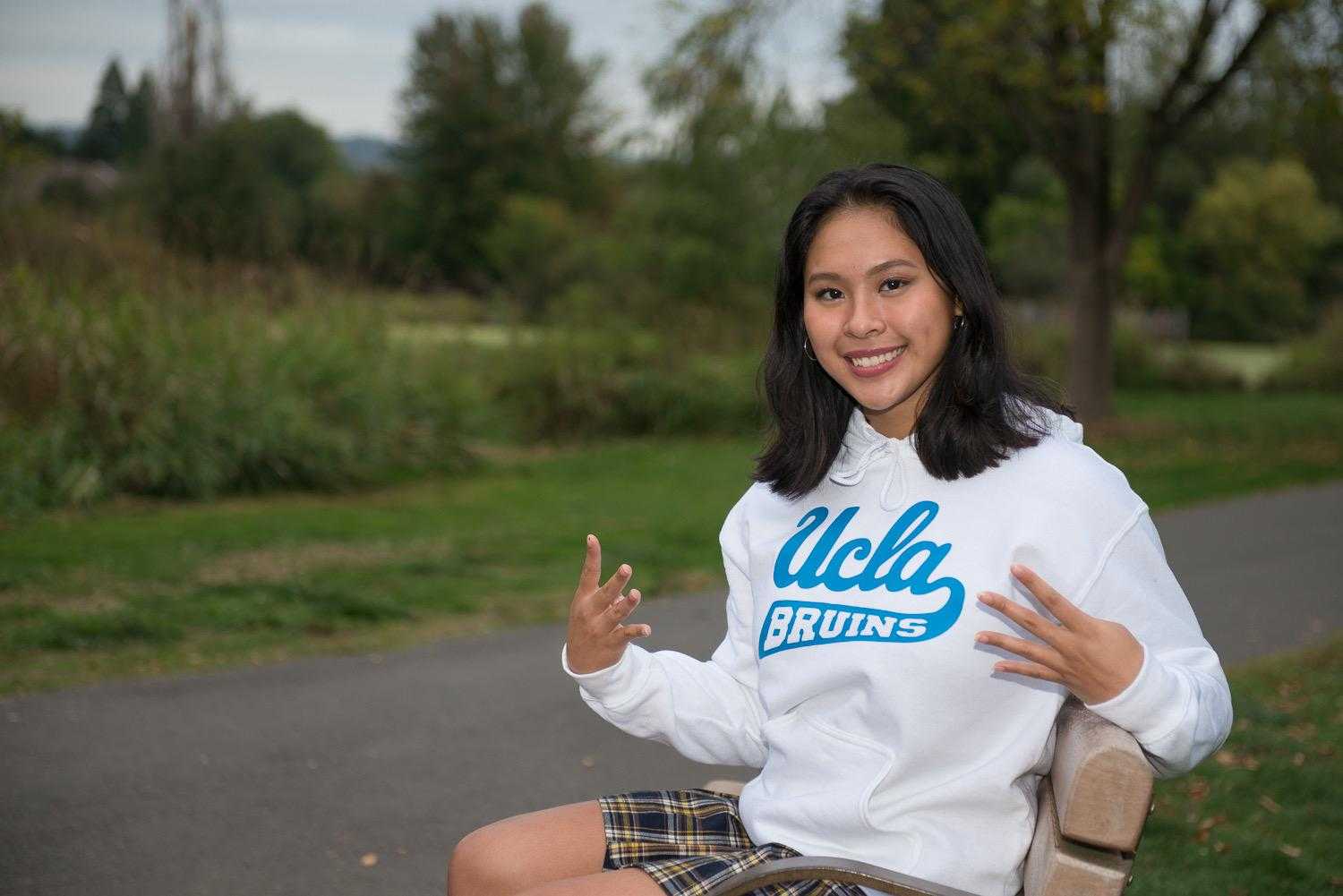 Much has changed for Fay Marie Lustria since she won the 100-yard butterfly for Jesuit in the 6A swimming championships two years ago.

She has rediscovered her backstroke. She has signed to swim in college at UCLA. She moved from Tualatin Hills Swim Club to Lake Oswego Swim Club. And most noticeably, she transferred from Jesuit to Metro League rival Westview for her senior year.

Now Lustria, who will compete in the Metro district meet this week, is looking to add an exclamation point to her high school career after her training was severely hampered by the COVID-19 shutdown.

“Before COVID hit, I was on a high, dropping a lot of times,” she said. “I guess if COVID hadn't happened, I would've liked to have seen where it would've gone if I finished the season.

“So it did hinder me, breaking my momentum. But in the end, I think I'm in a place that's really good for where I should be, based on COVID and all those things.”

Lustria was one of the centerpieces for a Jesuit team that won 6A championships in 2019 and 2020. In the 2020 state meet, she won the 100 butterfly and was runner-up in the 200 individual medley by one-tenth of a second. She also swam legs on the winning 200 medley relay and second-place 400 freestyle relay.

Why did Lustria leave Jesuit for Westview?

“I just kind of realized it was my time to go,” she said. “It had run its course. I really needed a new environment and change of pace. Also COVID had a lot to do with my decision. A lot of things changed for me in that time. In quarantine, I realized I needed a breath of fresh air.”

Lustria, who lives in the Sunset district, was approved for an out-of-district transfer to Westview, where she has joined club teammates that also made the switch from Tualatin Hills Swim Club to Lake Oswego Swim Club.

“A lot of my friends were there,” Lustria said of Westview. “I knew our relay would be really good if I went there.”

Like most swimmers, Lustria has had to make up for lost training time due to COVID. The onset of the pandemic was a shock to her system considering swimming has been part of her daily regimen since she was six years old. She was out of the water for about six months.

“It was crazy to take this massive break from it,” she said. “It worried me a bit because I was like, 'Wow, I'm not training twice a day every day anymore, what's my season going to look like?' So that affected me mentally.

“I was just unsure of the future. I can say I did my best to persevere. Although COVID affected my swimming career, I'm back on track. I'm excited that I didn't allow it to stop me from swimming.”

Before pools re-opened, Lustria got back into training in the fall of 2020 with about two months of workouts at Hagg Lake.

“It was really wild,” she said. “Not only did I not remember my technique and how to swim, but it was like rough waters in a lake. Boats would pass by and I'm like, 'Oh my gosh, I don't know what I'm doing.'”

Lustria has made significant progress in the past year. At a club meet in January, she set personal records in the 100 backstroke (55.1) and 200 backstroke (2:00.0), knocking one second off her previous bests.

“It was definitely a big breakthrough,” she said. “I used to be a backstroker when I was younger and then I kind of started transitioning to butterfly and IM. I didn't really expect much of my backstroke, but I guess I've been training more recently. I'm glad to see my backstroke is kind of starting to take off.”

“I've been hitting my times, so that's a good sign,” she said. “I'm excited to see where it takes me. Hopefully I can drop a lot of time at districts and state.”

“If I break two minutes, that would just be awesome,” she said. “That would be a dream come true, basically.”

The 5-foot-4 Lustria is a bit undersized for elite swimmers, but compensates with her strong underwater technique.

“I guess that requires a lot of lung capacity,” she said. “It's just a technique that I use to be able to get out ahead when I push off the wall. That's mainly how I make up for it.”

Lustria will compete in Senior Sectionals, a regional meet after state, and then focus on getting ready for college. After considering schools such as Georgia, Northwestern, Arizona State, Harvard and Princeton, she chose UCLA over USC, committing to the Bruins in Oct. 2020 and signing in Nov. 2021. She plans to study computer science.

“It was really hard to choose between them,” she said of UCLA and USC. “But at the end of the day I was like, 'Yeah, UCLA's the place.' I love the team and the coaches and the environment.”