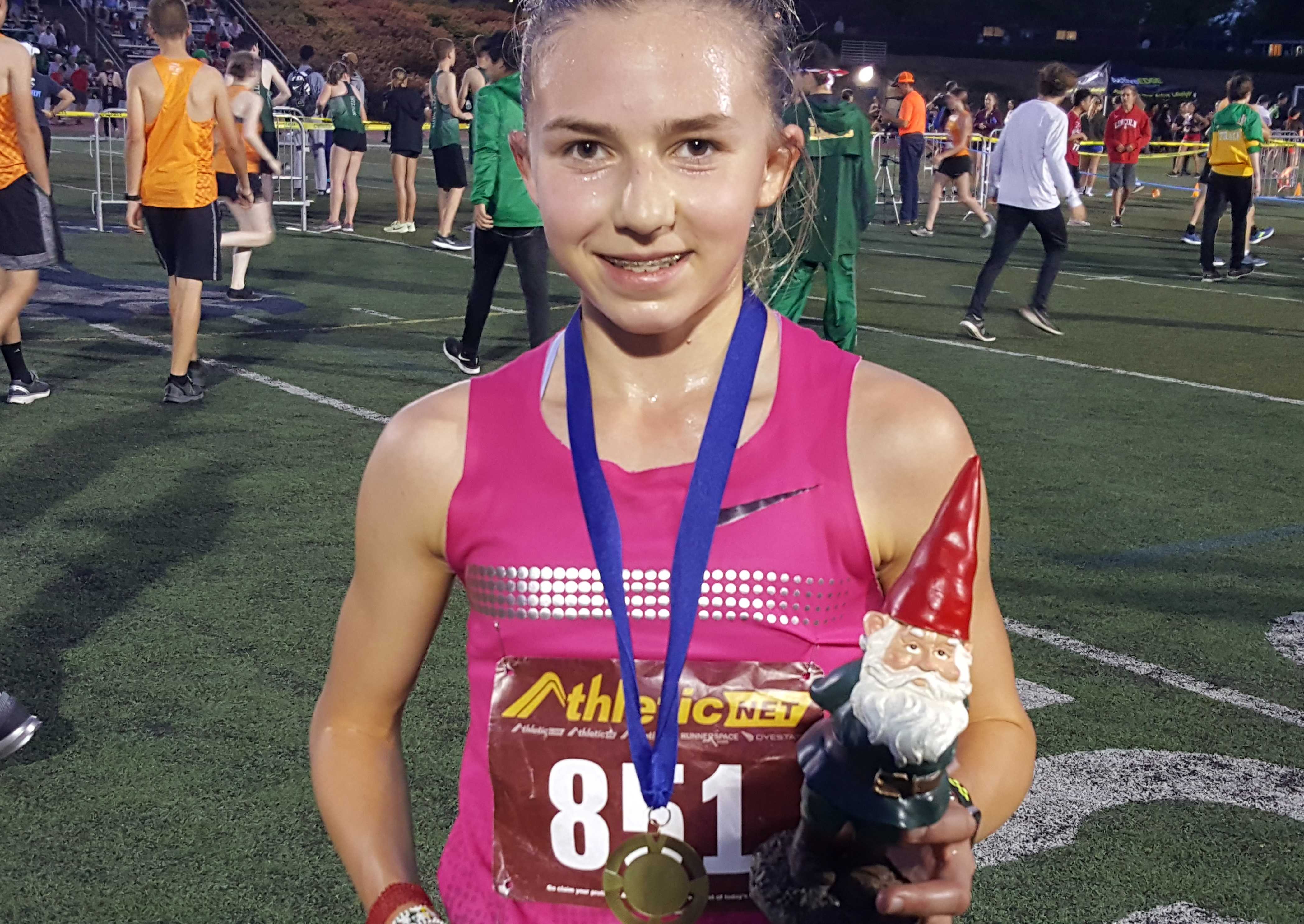 Kate Peters generated buzz around the Wilsonville Night Meet last Friday as the 14-year-old Lincoln freshman made her first appearance in a high school race.

Peters, who was profiled over the summer by Runner's World, is a prodigious talent who earlier this year completed a half marathon in 1 hour, 16 minutes and 56 seconds in Eugene.

She has won numerous national titles running for the Bowerman Track Club youth progam, including the USATF Junior Olympics 3,000 meters in the 13-14 age group this summer.

Now, at Lincoln, Peters is out conquer a new set of goals. She's like to compete for the 6A state title this fall and qualify for Nike Cross Nationals on Dec. 7 at Glendoveer Golf Course.

At the Wilsonville Night Meet, Peters sped through the freshman girls 3,000-meter race in 10:19.1 and won by more than 40 seconds.

"It's pretty fun," Peters said. "I was pumped to run my first high school meet."

Her time was second all-time in the freshman race behind Sunset's Ember Stratton, who ran 10:11 in 2015. A year later, in 2016, Stratton finished second at NXN.

Peters' father works at Nike and she has benefitted with access to world-class training facilities and gotten to rub shoulders with elite professional runners.

Peters will compete in her first high school 5,000 meters this weekend at the Ash Creek Cross Country Festival in Monmouth.

Add Wilsonville meet: Another talented newcomer, Sunset's Benjamin Balasz, won the sophomore class race in 9:11.7. Balasz took the year off from high school running as a freshman in order to focus on cross-country skiing. He is one of the top nordic skiers in the Northwest.

"I've had a phenomenal summer," Robertson said. "Our team does minutes instead of miles and I've been (running) about 500 minutes a week, which is 70 to 80 miles, incredibly consistent."

Sunset's Lucy Huelskamp won the senior girls race in 10:22.5 and capped off a perfect 4-for-4 at the Wilsonville Night Meet. In the previous three years she won the freshman, sophomore and junior class races.

Ibrahim sizzles: In another meet of note prior to Labor Day Weekend, Parkrose senior Ahmed Ibrahim blitzed the field at the Bill Chapman Invitational in Hillsboro. He covered the 5,000 meters course in 15:20.9. That was 48 seconds faster than his winning time in 2018 and a new meet record.